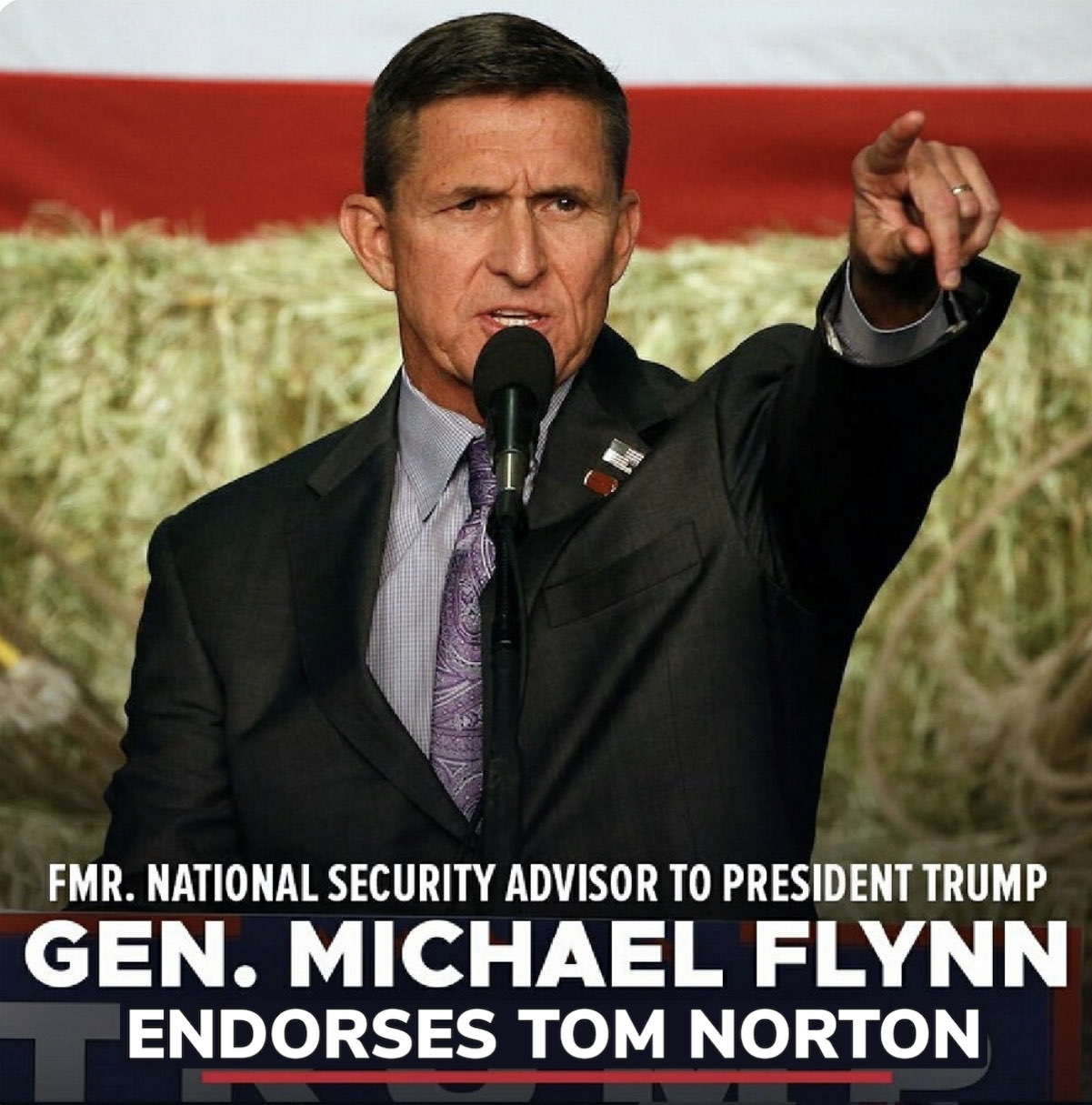 Tom Norton answered his nation’s call when he served in Afghanistan. He answered it again when he established a program to help suicidal veterans in Michigan choose to live lives with purpose and meaning.

And once more, Tom is heeding our nation’s call by running for United States Congress so that the people of Michigan’s 2nd District can be represented by a patriot who holds their values sacred rather than someone who holds them in contempt.

I give Tom my full endorsement and urge patriots everywhere to join with me to help send to Congress Tom Norton who will put America first."

Tom Norton made the following statement:

General Flynn is a living, breathing hero who has weathered the slings and arrows of our nation’s enemies, foreign and domestic. His fortitude against those who would see our nation weakened and his fearlessness in defense of the truth has been an inspiration to me, and it is a great honor to receive his endorsement of my campaign for congress.

We knew the journey would be difficult, but with the support of people like General Flynn, I grow in confidence that this mission will end in success.