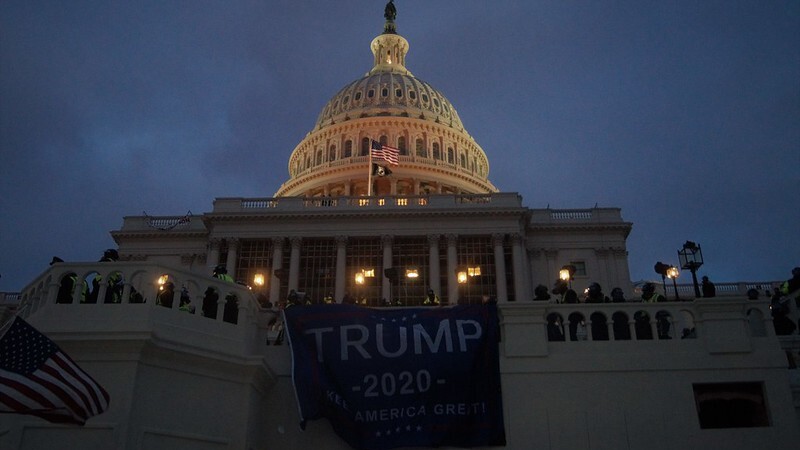 U.S. Representative Andrew Clyde (R-Ga.) prompted outrage this week following his remarks during a congressional hearing on the events of January 6, 2021.

Clyde, along with several Republican House members, is finally pushing back on the Democrats’ allegedly unassailable narrative about what happened that day. The roughly four-hour disturbance at the Capitol, as I’ve covered for months, is being weaponized not only against Donald Trump but also hundreds of nonviolent Americans who traveled to their nation’s capital to protest the final certification of a fraudulent presidential election.

Big Tech used the so-called “attack” on the Capitol as an excuse to achieve its long-sought-after goal to deplatform the former president; NeverTrumpers such as Rep. Liz Cheney (R-Wyo.) insist the chaos of the day was fueled by the “Big Lie”—in other words, the belief held by tens of millions of Republicans—and a good share of independents—that Joe Biden didn’t legitimately earn enough votes to win the White House. The Biden regime vows to use the “whole of government” to purge the country of “domestic violent extremists,” which is code for Trump supporters.

And the media continue to blatantly lie about the number of fatalities on January 6, including the myth that Capitol Police Officer Brian Sicknick died at the hands of Trump “insurrectionists.”

But some Republicans are fed up with all the myths, the Justice Department’s abusive manhunt for Capitol protesters, and the obvious double standards.
After citing the Russian collusion hoax and Robert Mueller’s special counsel probe as the “only insurrection” he’s ever witnessed, Clyde unloaded on former acting attorney general Jeffrey Rosen and former acting defense secretary Christopher Miller during their testimony before the House Oversight Committee on Wednesday.

“The House floor was never breached and it was not an insurrection,” Clyde said. “This is the truth. There was an undisciplined mob, there were some rioters and some who committed acts of vandalism. But let me be clear. There was no insurrection, and to call it an insurrection, in my opinion, is a bald-faced lie.”
Some videos, Clyde accurately concluded, looked like scenes from a “normal tourist visit.”

His comments caused the predictable pearl-clutching. House Speaker Nancy Pelosi (D-Calif.), who initiated the falsehood that January 6 was an “armed insurrection,” accused Clyde of being in “denial . . . and in the range of sick” for daring to call out the obvious discrepancies between cherry-picked video footage that showed scenes of violence and other recordings that showed far less dangerous activity.
Capitol by Tyler Merbler is licensed under flickr Attribution 2.0 Generic (CC BY 2.0)